In , Ashley found out that the prosecutors would not be pursuing the case against her rapist. Being in desperate need of something to live for, she applied immediately. Given the deep desperation, she felt otherwise, it was huge for her to be able to feel any strong positive emotion.

She felt that she was getting better. In , Daniel Garcia fell from feet straight onto his back - breaking it and instantly paralyzing him. Depression was his biggest foe, and he was placed on multiple anti-depressants. That's when he started doing marathons on his hand-cycle. Soon after, he was inspired to start his journey in Triathlon. In just a couple years, he went onto become a National Champ, Regardless of the obstacles like infections and not having a stomach!

What's even crazier is that, with the work ethic developed through Triathlon training, Daniel has now started walking again after 8yrs of being in a wheelchair, what may seem impossible to some, but he sees himself giving up his wheelchair altogether in the near future. Grief and loss are something all humans have to face.

Finding the shining light of Triathlon in these dark times brought our guest out of what she calls a deep-dark hole as she was grieving the death of her sister. It also changed her entire approach to life and health, taking the path of her life and career in some unexpected directions. Welcome our guest this week who says that the focus, discipline, and planning of Triathlon helps keep the chaos at bay - Angela Bernaldo [ xtri.

If there's something this episode shows us, it's that - the top people in this beautifully-brutal sport or in any field for that matter , they're not that different from everyone else. But, as Dave himself says, It all comes down to one thing - Mindset! 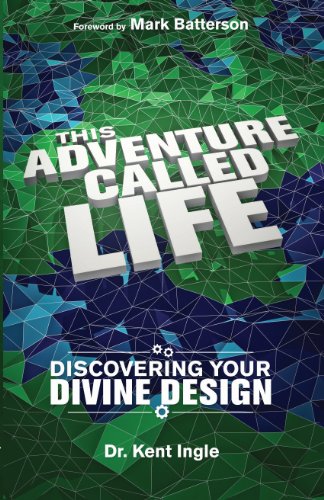 Make sure to tune in because it's not an episode to miss! Show Notes: www. When Katy sets a goal, she usually sets a big one, so when at age 30 she was dealing with depression following divorce, what did she do but sign up for an Ironman! But there was a bit of a hitch in this plan, something that most of us have just not had to deal with.

And her Triathlon goals fell to the side as she once again felt herself struggling.


Wanting to be a good role model for her, this eventually led her back to our world of Triathlon. Katy has now completed 3 Deepak Raj, our first Indian guest shares his journey as an overweight techie following the typical corporate path in India who then visited Germany on account of work and was inspired by the environment in the country to take up running and make a lifestyle change. He then went on to self-coach himself to his first 2 Ironman finishes and was hooked to the sport.

That's exactly what Julie Bockey [ bockeylife] did! This USAF veteran and former hospice nurse shares her life and everything she juggles on a daily basis while still doing triathlon. Her message is simple - sometimes, people Be kind. Be open-minded. Be patient. Give respect. Seeing these people wasting away their prime years of life made him re-evaluate how he wanted to live the rest of his life.

He decided it was time for a change of path. Conor makes it very clear that he's not just here for a good time, but a long time too! Born in the 'machista' community of Paraguay, South America, right from a young age, Belen dealt with body dysmorphia as she was made to believe that she was too muscular for a girl. But being rebellious by nature, she didn't shy away from taking part in activities that she wanted to. As she got older, Belen joined her dream organisation of Doctors Without Borders, even then, she continued to stay active as a way to cope with stress.

After being deployed for missions to remote areas where she worked in environments of war, she returned home with PTSD. It was then when she discovered the therapeutic effects of bicycles - which allowed her to live the life she wanted to live. Now, she has fallen in love with the And she has also co-founded a non-profit, ProjectBikeLove who empower underprivileged women around the world, with their tool being - bicycles.

Listen as Belen shares her incredible journey in this conversation filled with fun and interesting stories and inspiring messages. This week on the show are - Kristoffer Graae and Mette Noll. A student-athlete couple from Denmark. She's a former professional rower, currently studying Food Technology and enjoying the pressure-free environment of Triathlon. And he's making strides towards the Triathlon pro-ranks after battling 2yrs of injury and coming back onto the scene by winning the Sprint and Olympic distance Danish National AG Champs and taking AG and overall podium spots at the Was great fun chatting with the both of them about their journey, how their fields of study help them both in the sport, how they train together, the importance of consistency and maintaining momentum when you're injured, and more!

This year-old former-ballerina from Portugal has had a number of wake-up calls over the last few years - she was diagnosed with and recovered from colon cancer at the age of 26, then soon after, she went through a hernia operation for her back - these experiences have taught her to not take life for granted and how easy it can be to just let life happen and pass-by despite multiple reminders.

Song of Myself ( version) by Walt Whitman | Poetry Foundation

Recently, she was once again forced into rehab after breaking her iliac crest because of a bike crash during a race. But this resilient woman is thankful for her life and the joy she gets from Triathlon and is determined to be back. An inspiring journey of how a wholehearted man born with cerebral palsy and his brother, Kyle and Brent Pease, make their way to IRONMAN KONA as the only wheelchair assisted team participating in the race with the aim to complete what only one other duo has accomplished before while representing what the Kyle Pease Foundation stands for!

Anna, a 37 year-old single mother of two young kids from Tasmania, Australia, now living in Queensland, talks about her transformation from a very self-conscious girl with low self-esteem to becoming a courageous and independent woman. Even though she was involved with a lot of team sports earlier on, due to her nature, she gravitated more towards the individual sports like running. Seeking something more, she then turned to the sport of Triathlon where she really found her home.

She's now done 11 Ironmans, 30 After which, he found Triathlon. He was hooked once again. After having a joyful childhood in Mexico, Jen Pi, during her teenage years, started spiraling down the dark tunnel of depression and obesity which led her to become a young-adult with low self-esteem and confidence, someone who thought they were incapable of anything worth something. But then, during a New Years celebration, she decided she wanted to make a change.

And it changed her life completely. This episode is a little different, with just the three co-hosts and no guest. Shout-out to all the guests who have come on so far, you all have made the show what it is. And obviously, a big thank you to all of you listening! We really hope you all are enjoying it. Would love to hear your thoughts on the show so far. So, let us know - what you've liked, who's been your favorite guest and why, your top takeaways, what you'd like to hear more or less of, any constructive criticism, or really anything at all, we'd just love to hear from you!

Till next time, Keep Tri'ing! It was during a low point in her life that Kayla Bowker found Triathlon. With whatever little she had, she took herself to a Triathlon. It was during that first race that she felt strength and passion for the first time in a long time, and it changed the course of her life completely. This man speaks with such passion, love and wisdom. Give the whole episode a listen, you will surely come out of it inspired!

This week we have not one but two guests! Growing up in a family where both your parents are adventure-junkies and your father is a 5-time Kona Qualifier, it's almost certain that you would be bitten by the tri-bug yourself But dealing with an eating disorder, she had to travel through a rocky journey to become the amazing athlete she is today - and her father, Guy played a major role in it. Tune in and decide for yourself if it's a family battle or family bonding! Give it a listen, you will definitely be inspired by this woman's journey. Evan went from being a weak young guy with eating disorders in high school to just recently getting his pro-license with a series of impressive results!

Had a great chat with him about how he dealt with his eating disorders of Anorexia and Bulimia, opened up to society about this otherwise stigmatized topic, and his approach to getting better in the sport through small but steady increments over a period of time and the importance of an off-season.

Also a professional double-bass orchestra player, Evan even talks about how his musical career fits in with his Triathlon-isms. Had a fun and insightful conversation with Stephanie about how she's come to accept her body for what it is, adapt her dream to fit what her body allows her to do and be grateful for it.

Loved everything about her, her journey and what she had to say! We talk about his journey before, during and after that experience of his, and much more. You may have heard Jeff speak about his journey previously elsewhere, but think we were able to dig just a little bit deeper to get some more insights into the mind and heart of this rockstar. This weeks guest is Sarah Watson - relatively new to the sport of Triathlon, Sarah did her first race just a few years ago. But that is not what makes her story amazing! Despite all of the physical feats she has accomplished, her greatest victory has been within herself; a veteran of the Australian Armed Forces, her tours of duty, especially in the intense combat environment of Iraq, left invisible but lasting scars.

Chris was very open, raw and honest about his experiences and journey, his passion for racing, and how Triathlon has saved his life. Convincing themselves their fears are reasonable and justified. And here I was, afraid of a beginner watercolor class I had signed up for.